Acceleration on the basis of precision

With WERKLICHT, you have a versatile processor that is used in numerous areas in the industry:

In this context, the use of WERKLICHT in aircraft construction primarily contributes to

The basic principle always remains the same: WERKLICHT transfers your digital component information from the computer into reality.

In production and assembly, WERKLICHT Pro projects CAD data and work instructions onto your components and objects, thus becoming an assistant to your production staff.

In the foiling or painting of aircraft, WERKLICHT Pro allows individual designs to be realized within a very short time and contour lines can be visualized in the blink of an eye.

In quality assurance, WERKLICHT Video uncovers even the most minimal deviations with the projection of 3D measurement reports. This tool provides a sustainable and efficient control and communication instrument to optimize quality and quality awareness.

As digital template in bracket assembly 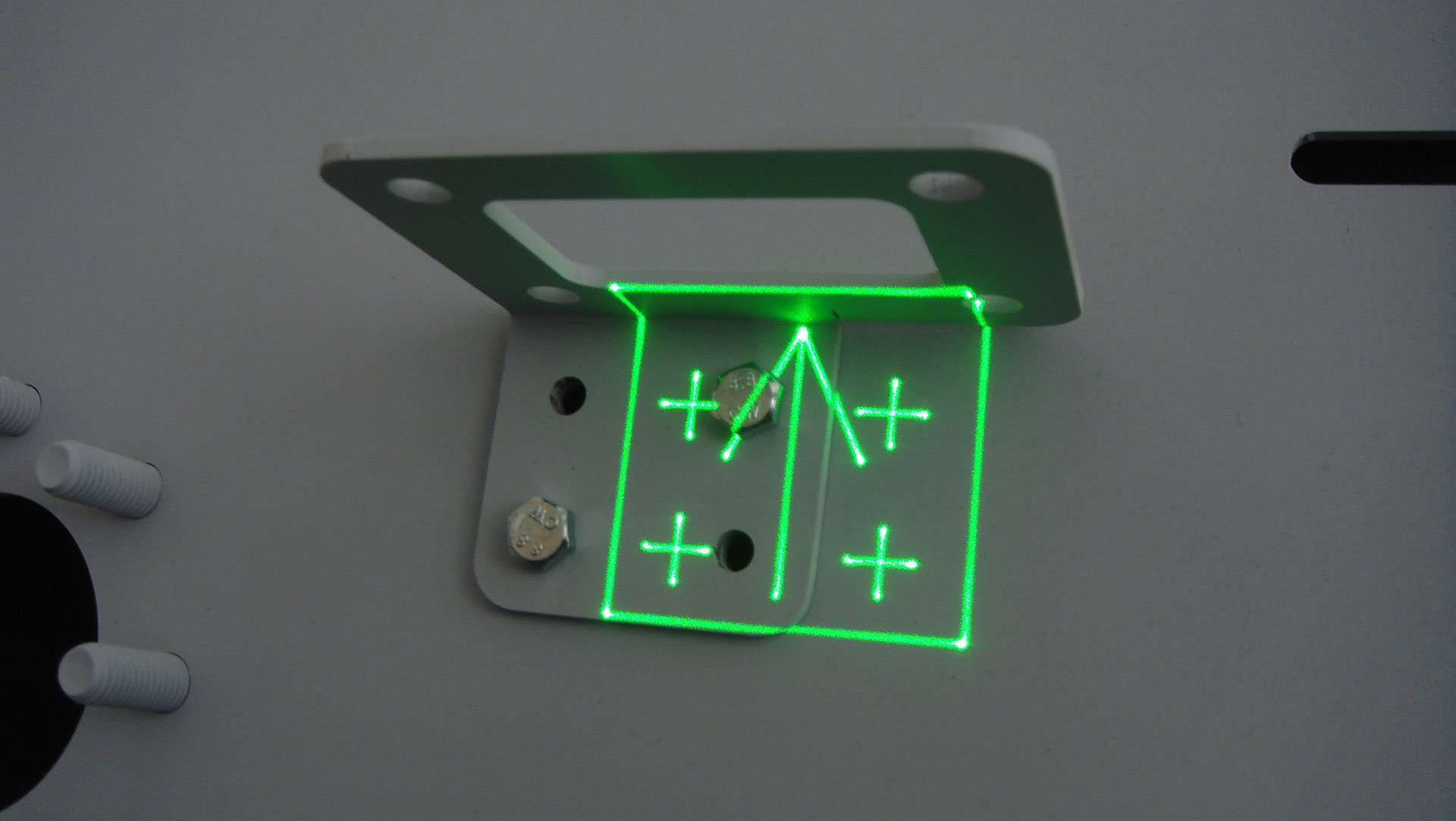 Production efficiency must also be further optimized in the manufacture of aircraft. But due to the relatively low quantities and the special production environment, the degree of automation will remain low. Therefore, an intelligent system is needed to support individual employees in their work: WERKLICHT Pro

In aircraft construction, WERKLICHT is used, among other things, for bracket assembly. The holders, which are about the size of a hand, have to be assembled by the thousands and in a wide variety of variants during the construction of large passenger aircraft. The particular difficulty lies in placing the right holder at the right position in the right orientation.

Until now, this has been done with the help of templates or other simple aids such as 2-D drawings and a ruler. However, it is in the nature of this less intuitive process that holders are repeatedly placed incorrectly. Unfortunately, such errors are enormously costly and time-consuming, especially in aircraft construction.

WERKLICHT Pro provides a remedy here: With its laser projection, it displays the position and orientation of the holder directly on the fuselage barrel. This considerably reduces setup times and significantly increases the proportion of value-adding activities. Time savings of 80 % compared to the conventional assembly process are not uncommon.

What are my advantages?

I am a user in holder assembly:
I am QA responsible:
I am a production manager:
Contact us

As digital template for painting the shell in aircraft construction

One template for all
Perfectly paint the shell of aircraft with WERKLICHT Pro. 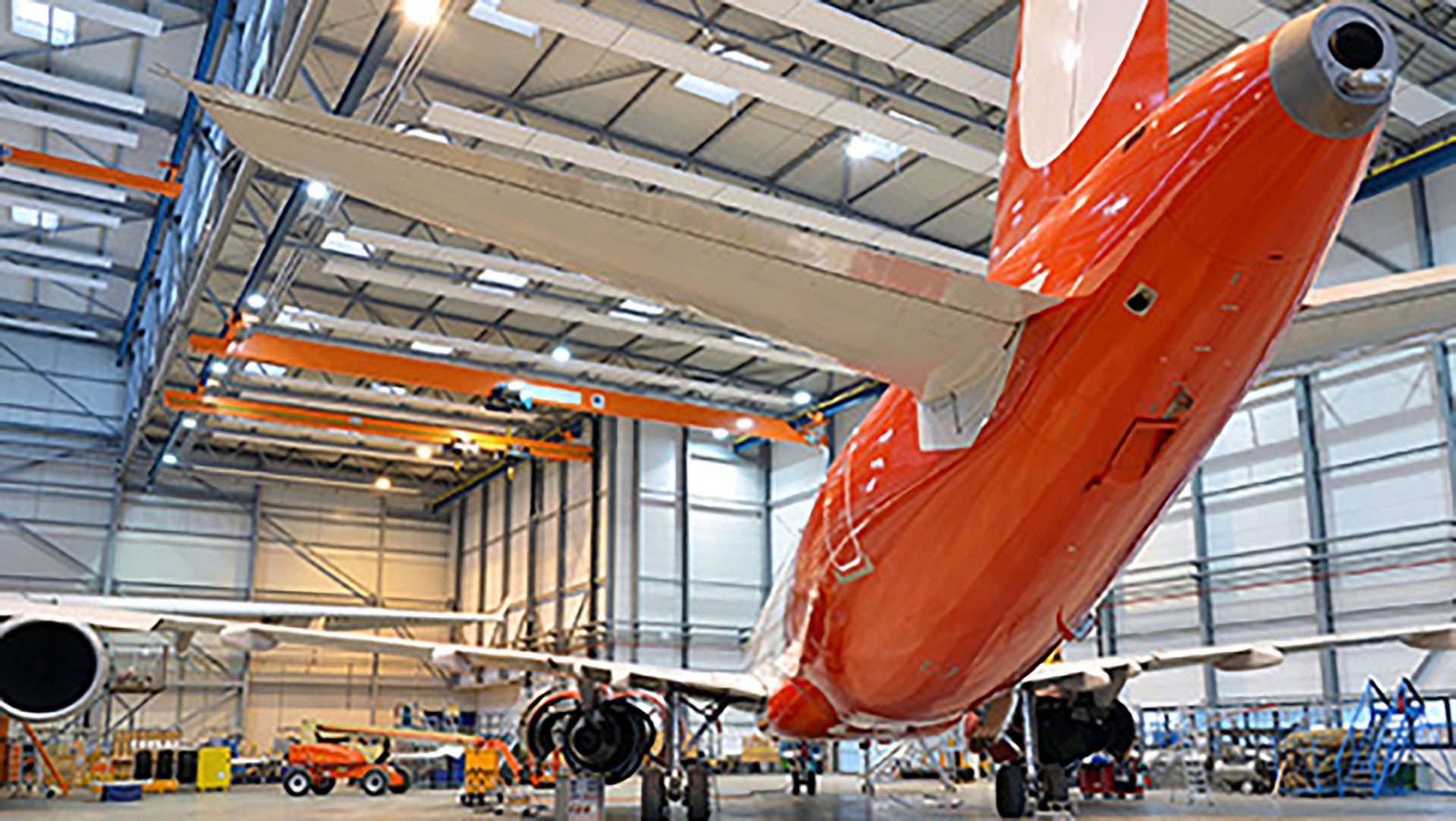 Nowadays, the motifs and designs on the shell of aircraft are becoming increasingly complex and important and represent an increasingly important marketing tool.
In order to place them as planned, very large stencils have been used up to now and, above all, specially trained painters have been needed. With this conventional method, almost 90% of the total working time is spent only on all the preparatory measures and only 10% on spraying with paint.

With the WERKLICHT Pro laser stencil, it is now possible to turn this ratio around. WERKLICHT Pro projects the contours and outlines of the paint templates directly onto the outer skin of the aircraft. The painter can then immediately start applying tapes along the laser projection. These tapes in turn serve as templates. Alternatively, it is also possible to apply a type of wallpaper over a wide area of the surfaces to be painted. The areas to be painted are then cut out of the wallpaper using the laser projection. This provides the painter with a stencil so that he can then paint the corresponding design on the outer skin of the aircraft.

The most direct method, however, is to work without stencils and project the image directly onto the shell and then trace it. This method has something of a “paint by numbers” feel to it.

What are my advantages?

I am a painter:
I am a production manager:
Contact us

You would like to be informed regularly? Then register now and stay up to date.
Subscribe now